If you thought the COVID-19 pandemic threw a curveball your way, try managing through it with 1,000 animals – including 200 species and subspecies of reptiles.

That was the scenario faced at Reptile Gardens, the family-owned Rapid City attraction that dates back to 1937.

“We always open the first Saturday in March, and last year we were open only one week and then we closed the doors,” said Johnny Brockelsby, son of founder Earl Brockelsby and the attraction’s public relations director.

It wasn’t until mid-June 2020 that Reptile Gardens reopened – with some big changes.

All staff wore marks and cleaned diligently, huge sheets of plexiglass were installed at the registers, and the attraction’s popular shows got an overhaul.

“Because we couldn’t do our birds of prey show, we would bring the parrots and birds of prey out with the keepers, so people could get much closer than they could during a show and ask all the questions they wanted,” Brockelsby said.

“That was something we found out our guests liked even better than the show, so this year we’re continuing that.”

An adjustment to the popular alligator show produced another success story.

“We couldn’t do the show, so the reptile keepers let guests buy pieces of chicken and feed the gators with a fishing pole and line. They could dangle it on the water, and gators would jump up and grab the chicken,” Brockelsby said. “It was amazing. It was such a hit. So we’re keeping that too.”

Because 2020 brought fewer things to do at Reptile Gardens, admission was reduced significantly. But hours were cut, too, so there was less overhead and federal help also filled the gap.

“We didn’t lay anyone off, and we have 20 full-time salaried year-round people,” Brockelsby said. “They’re loyal to us, and we wanted to be loyal to them.”

Earl Brockelsby began his career as a tour guide in Rapid City and decided to go the reptile route after bringing his pet rattlesnake along under his hat. Seeing guests’ fascination with the snake inspired him to open the attraction.

It made for an interesting childhood for Johnny and his three siblings, plus his cousin Joe Maierhauser, who now serves as CEO. There were snakes hatched in the house, as well as monkeys and baby lions that made appearances along the way.

“We all started working there as kids through junior high and high school,” Brockelsby said.

Earl died in 1993, and the business now is owned by six major family shareholders. Its board includes one outside member who “brings a fresh perspective some of us there every day don’t have,” he said. “We’ve found that quite valuable.”

All family owners contribute in various ways operationally and strategically, he said.

“The Brockelsby family has shown an ability to evolve and adapt for decades and did so again despite the challenges of 2020,” said Stephanie Larscheid, executive director of the Prairie Family Business Association, which has honored Reptile Gardens with its Heritage Award, given to family businesses more than 75 years old that have successfully transitioned over multiple generations.

“The way they took a difficult situation and emerged even stronger and with an even more engaging experience for guests says so much about why they’ve achieved the longevity they have.”

This season is off to the best start yet for Reptile Gardens. March through the first half of June “is the best we’ve ever had since we’ve been keeping records,” Brockelsby said. “It’s incredible. The first two weeks of June, we had business like July 4 in a normal year. Our parking lot is full.”

He expects the pent-up demand from tourists to be unusually high this year, but Reptile Gardens is already looking ahead to next season and beyond. An expansion is planned on the west side of the building that will include an area with bleachers for the gator show.

“We also are planning a new building for the tortoises, which have gotten so big we feel they need more space for the winter when they have to be inside,” Brockelsby said. “So we’re going to get that designed, so in the spring and fall we can let guests come in and pet them and have one-on-one experiences where right now they can’t.”

They’re also planning for the future as a family, working with an adviser, who was introduced to the family through Prairie Family Business Association, on transitions both within the family as well as longtime staff retirements.

Brockelsby’s nephew, Jeff Oldham, represents the third generation of leadership and has started becoming more involved in the community.

“I’ve been the face of Reptile Gardens in the tourism world and the rest of the business world, but Jeff is starting to join some boards and slowly transitioning, and I’ve limited myself to half-time and half-salary, which seems to be working well,” Brockelsby said.

“We’ve got to get other people in and let them start making decisions.”

The pandemic provided an unexpected but valuable way to do that, he added.

“Absolutely. Everyone chipped in and made the best of a bad situation. They all had lots of suggestions and ideas and helped us get through.” 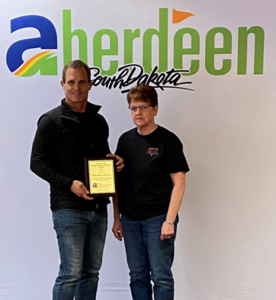 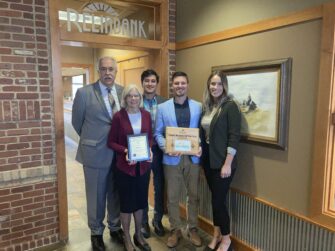 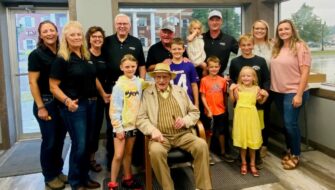 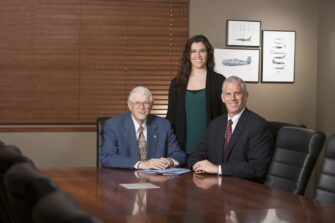