Eric Weisser learned the basics of the distribution business as a teenager in the 1990s by selling sports cards on eBay.

There never seemed to be enough Kirby Puckett baseball cards for fans of the Minnesota Twins, for example, nor were there enough Antoine Walker basketball cards for fans of the Boston Celtics. So Weisser would buy and sell cards to fill the gaps. He also bought and resold products such as Beanie Babies, which are stuffed toys that were highly popular in the late 1990s.

Today, as the senior vice president and majority owner of Weisser Distributing, he’s still filling gaps for customers but with a much larger and more varied inventory of products than he had available as a teenager. And his company is steadily growing.

The company is based in Tea and also has warehouses in Sioux Falls and Las Vegas. The majority of employees work in Tea.

The company expects to add 30 to 35 employees during the next three years and “looks to add space on an annual basis,” said Weisser, who is now 39.

“It’s been an unbelievable run. Things just happened at the right time,” he said. “God has blessed us.”

Weisser’s parents, Bob and Kathy, started the business in 1978. For decades, it was based in the family’s garage at their home in Sioux Falls.

In 2010, at the invitation of his father, Weisser left his job as a high school business teacher in Minnesota to join the business. More recently, his sister, Jill Weisser-Pekoske, joined the company. She is the outside sales director.

Weisser’s parents still have minority ownership, and his father remains president. The plan is to continue to transition ownership of the business to the two children. Bob Weisser started the local distribution business with one truck. Now, the company has five trucks, which are used mostly for local distribution.

Weisser Distributing established itself by selling auto supplies to businesses such as body shops. The company still delivers products such as tools and compounds to businesses within a two-hour drive of Tea and Sioux Falls.

After joining the company as an owner, Weisser gradually added what has proven to be a substantial growth dynamic to the business by expanding into online sales. Retailing in the global marketplace is now the biggest part of the company’s business.

Weisser Distributing’s online offerings total roughly 16,000 products, including about 2,500 products that the company has manufactured to its specifications for sale under its own private brands. Products that are available for customers range from toys for children to artificial skeletons for medical offices.

Weisser noted that the company is the No. 1 seller of potato sacks on Amazon, for example, pointing out that people and organizations that host potato sack races at picnics need to buy their supplies somewhere.

The company sells brand-name products from other companies as well as its own products on sites such as Amazon, eBay and Walmart.com. With the help of carriers such as the U.S. Postal Service, products ship around the world.

To add about 800 new products to its offerings this year, the company’s selection process will require employees to review approximately 160,000 products, Weisser said.

His involvement with the Prairie Family Business Association has helped him connect with the experts needed to efficiently expand the family’s business, he said.

The PFBA is an outreach program of the Beacom School of Business at the University of South Dakota. The organization is a resource for family businesses that want to grow, engage, transition and prosper. Weisser has been active in the PFBA for several years and serves on its advisory board.

On Jan. 22, he will be one of the featured presenters on a PFBA webinar that will focus on the book “Traction: Get a Grip on Your Business” by Gino Wickman. The book lays out a strategy designed to help leaders of entrepreneurial organizations work with their teams to grow the business in a consistent, controllable way.

Its concept of developing an entrepreneurial ecosystem will be featured at this year’s annual Prairie Family Business conference.

Weisser has invested significantly in technology since coming into the business. He updated the company’s bookkeeping processes and has automated some routine chores. Automation helps the company respond quickly to the hundreds of emails that it receives each day, for example. It also helps keep the company’s online products competitively priced.

The company’s location in the central United States gives it a competitive distribution advantage, especially among customers willing to wait two days for their purchases to be delivered, Weisser said.

The company’s longstanding local customers include Rosenbauer South Dakota LLC in Lyons, which makes firetrucks. Weisser Distributing has served Rosenbauer for as long as purchasing manager Wayne Boer can recall, and he has been with Rosenbauer for 33 years.

As a manufacturer in a rural area, Rosenbauer welcomes a distributor that regularly calls on the company and dependably delivers supplies. Weisser Distributing brings Rosenbauer products such as sandpaper, drill bits and work gloves.

“They do a very good job keeping our inventory stocked,” Boer said. “Because of their growth, they have pretty good buying power, which helps keep their prices low.”

Weisser-Pekoske drops by Rosenbauer weekly just to make sure the company’s needs are being met, Boer said.

“They provide us quality products for our body shops in a timely manner,” Chaplin said. “We also know they’re a good, community-minded business. Anytime we’re looking for a vendor or partner, we look for those kind of businesses.”

The company strives to be a good community member and be accommodating with employees, Weisser said. Online orders never stop coming in, so the company can be flexible with employees’ work schedules when needed, he said.

Weisser Distributing is the type of growing business that is good for the Tea area and South Dakota, added Eric Pauli, president of the Lincoln County Economic Development Association.

“They’re a significant taxpayer. They’re bringing economic impact not just with their business but with their employees” and the jobs the company is creating, Pauli said. “It’s always good to have organizations like that in South Dakota.”

Tea Mayor John Lawler said Weisser Distributing is the largest private employer in Tea and a good corporate citizen. The company has always been willing to work with schools and educational programs such as Junior Achievement, he said.

“Eric and Bob, both, have been good to work with over the years. We’ve certainly enjoyed having them as part of our community,” Lawler said.

To learn more about Weisser’s upcoming webinar and register to attend, click here. 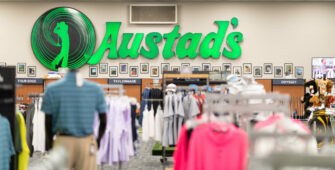