It was somewhere in Vietnam – likely while driving a U.S. Army truck or on guard duty – that Dick Muth made a life-changing decision.

When he finished his Army service and returned home to Ethan, he resolved he would learn a trade and start a business.

“When I got out of the military in May of 1968, it was the first year Mitchell Tech started,” Muth said. “And I went out there and walked around the building.”

When he finished the tour, one of the school’s recruiters asked what he thought.

“I said, ‘I think I’ll try electrical.’ It was about that simple,” he said. “It was kind of a quick decision. I think someone was leading us in the right direction.”

Almost 50 years later, he and his wife, Darlene, are still in the electrical business. Their company, Mitchell-based Muth Electric, has grown to almost 400 employees with locations in nine communities throughout three states.

For Muth, the trade became an instant fit.

After Dick graduated from Mitchell Tech in 1970, the couple returned to his hometown to start the business. Neither had grown up wealthy. He was one of seven children. She was ninth of 10. But they were ready to work.

“After high school, I worked at a bank and learned bookkeeping and accounting practices, so that helped in that area,” Darlene said.

“When we first started, we couldn’t get a loan from the bank. We were just too young. So we would buy the supplies we needed, and when that got used, we’d have to collect from the job right away to go and buy more.” 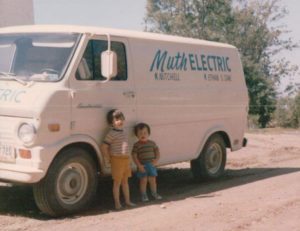 To start, Muth did work on farms and service in homes. The business grew enough that in 1974, they moved it to Mitchell where they could take on more commercial projects.

“I like to think we did a good job for a lot of people, so word spread and you have more business than you can handle, so you hire more people,” Dick said. “It’s a great opportunity for people to grow, too, and if you have the right procedures and right chain of command and right organizational chart, it’s not as difficult as it might be.”

Muth focuses on lean management methods. Its trucks all are set up exactly alike. Each employee in the field wears a blue, branded shirt for a professional and uniform look.

The professionalism and outstanding service have led to major projects such as the Denny Sanford Premier Center in Sioux Falls, Dana J. Dykhouse Stadium in Brookings and the Sanford Underground Research Laboratory in Lead.

In addition to the work on large projects, Muth has 200 vehicles on the road at any given time, with 80 of them strictly for service work.

Dick and Darlene have four children. Ron manages their business ventures outside of Muth Electric, including some real estate holdings. Daughter Shelly Muth-Henke graduated from USD with degrees in psychology and elementary education. She taught for two years and then decided to try working for the family business.

“Muth Electric has always been a part of me, and I wanted to try my hand at that,” she said. “And I love it here. I love working and seeing our employees and hearing about their families. It’s something I care deeply about.”

Since coming into the business in 2008, she has helped with everything from Muth’s lean efforts to its company events. She’s also been instrumental in long-range planning.

Last year, Muth formed its first outside advisory board. As longtime members of the Prairie Family Business Association, they had networked with other businesses that found value in using a board.

“We wanted to assure that the culture of Muth Electric as a family business continued,” Darlene said. “We don’t intend to sell it, and we want to make sure there’s security for our employees.” 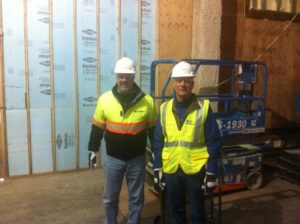 The advisory board is helping guide Muth Electric through upcoming leadership transitions. Several longtime managers are nearing retirement. And Dick, who turns 70 next month, is looking at succession planning.

“We know we’re going to have a lot of high-level new leadership in the next five years, and we just decided it was time we get used to having outside advisers,” he said. “Especially with new leadership, so they will know they have an outside board of directors to report to along with the owners.”

They interviewed several potential candidates and chose three with qualifications that met their needs.

Muth has had three board meetings so far, “and it’s been really good,” Dick said. “We’re doing things we would not have done without a board advising us, including some items we hadn’t even thought of. We’re holding family meetings, getting the second generation prepared to be owners and learning from our board meetings.”

At a board member’s suggestion, the family even recently included its third generation. Over pizza, the Muth grandchildren learned about the family business, the types of jobs there and the history.

“It was wonderful to see the interaction. It was just great,” Darlene said. “And we will continue to do that.” 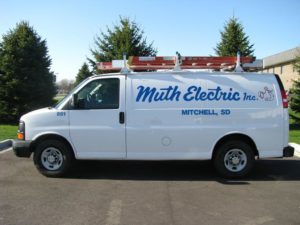 “What the family has done by starting an outside advisory board is going to be such an asset for them. We’re happy to have helped play a role in guiding their growth and look forward to watching them continue to develop their planning and evolve their business,” she said. “They’re a wonderful South Dakota business that has expanded because of their quality work and outstanding customer service.”

Muth Electric has been a member of Prairie Family Business since 1994, “and it’s a really good network of people,” Dick said. “You get connected with a lot of resources, advisory people, consultants, accountants and others. We’re always open to new ideas, and we’ve gotten business out of it as we’ve become very good friends with numerous companies.”

Shelly also has found benefit in her affinity peer group through the association.

“That’s been really helpful in networking with other second-generation family business members and learning their thoughts,” she said. “The five of us in our group come from vastly different companies but have a lot in common and are dealing with many of the same issues.”

As the company heads toward its next phase of ownership, Dick offers perhaps the best endorsement of leading a family business:

“I’d love to start all over again. And not knowing what I know now. I’d just love to do it all again.” 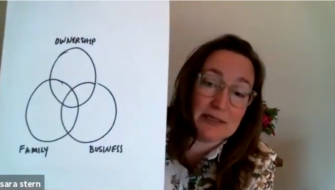